The Imperial Hotel is the official home of LFC Melbourne, screening every Liverpool FC match live for our members and passionate supporters alike throughout the football season.

Situated in the heart of Melbourne’s central business district, just opposite The Parliament of Victoria, with its giant screens and numerous TVs throughout showing Foxtel (including Fox Sports and ESPN), beIN Sports, Imparja and Optus Sport (via satellite for live English football) – The Imperial Hotel is the ideal place to join fellow supporters and cheer on the mighty Reds. Click here for more information regarding live sports at The Imperial Hotel.

LFC Melbourne have also hosted a number of special supporters club events at The Imperial Hotel, which in the past has seen the likes of John Barnes, Robbie Fowler, and Ian Rush all visit our local branch.

Our supporters club members enjoy a number of exclusive benefits, discounts and promotions at The Imperial Hotel, which is renowned as the home of Melbourne’s Liverpool FC supporting community.

In December 2015, The Imperial Hotel took hospitality and service to a new level with the opening of their luxurious rooftop beer garden, high above Bourke and Spring Streets in the CBD.

With stunning views of Parliament House and back towards the city, the new Imperial Rooftop is a relaxed space that has been decked out with plenty of seating, cushions, 20 beers on tap and the rooftop’s own kitchen, serving a huge range of delicious snacks. Heaters are available for you during the winter months and in the summer you can soak in the view and the sunshine. The perfect spot for a pre-match drink or meal. 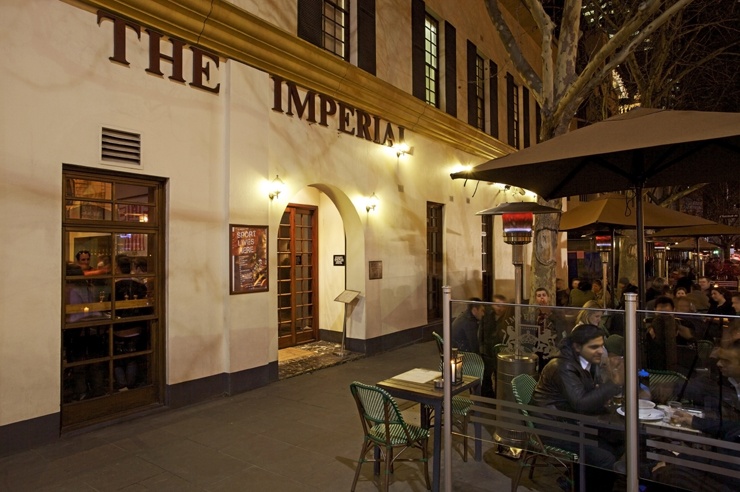 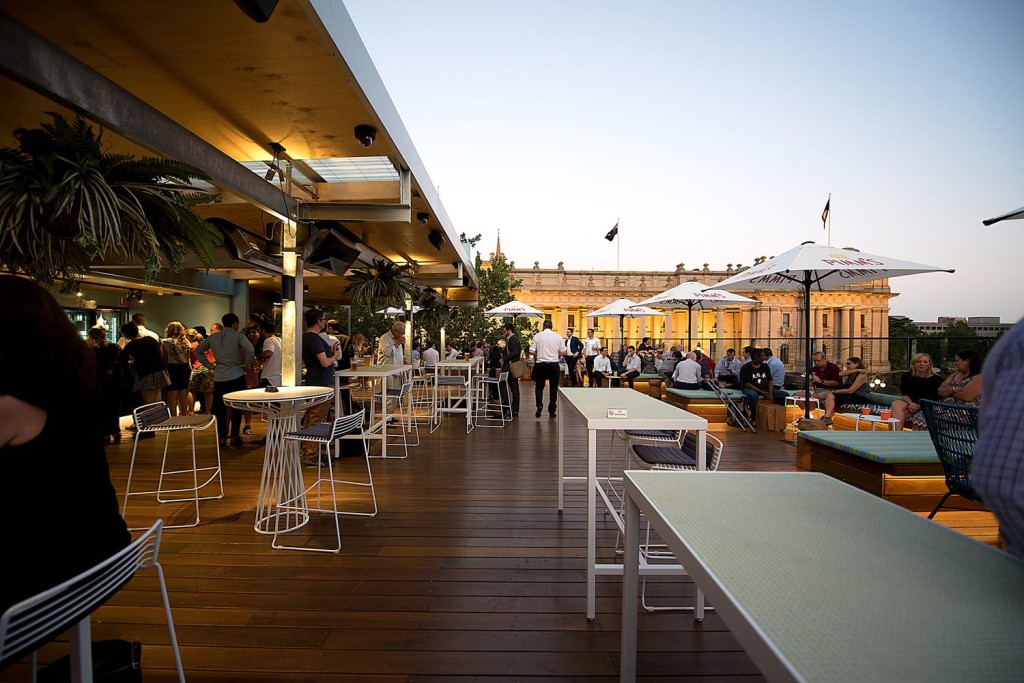 GETTING THERE – TRANSPORT OPTIONS

The closest train station to The Imperial is Parliament Station, which is part of Melbourne’s underground City Loop. The Bourke Street entrance/exit is located directly opposite the venue (corner Spring and Bourke Streets, City). Head to Public Transport Victoria’s Live updates for the latest line information.

Tram routes 86 (Bundoora-RMIT/Waterfront City) and 96 (East Brunswick/St.Kilda) both stop outside The Imperial on Bourke Street (the closest tram stop to the venue is Stop No.9). Tram route 11 (West Preston/Victoria Harbour Docklands) also stops within a few minutes walk of the venue.

A Safe City taxi rank is located just a few steps from The Imperial at 20 Bourke Street. Managed by the City of Melbourne, the ranks provide a safer environment for passengers waiting for a taxi and for taxi drivers waiting for passengers. Each rank is staffed by a security officer in a distinct uniform, is monitored by security cameras, and has additional lighting and clear signage.

Night Bus is the revamped and improved night time bus service (replacing NightRider services from 2016), providing a safe, easy and inexpensive alternative for late night travel on weekends. You can travel on Night Bus with a valid myki card. Buses travel between the City (Swanston Street) and Melbourne’s outer suburbs every half hour on Saturday and Sunday mornings. NightRider buses can set people down at any designated bus stop or kerbside tram stop (orange or green PTV flags). NightRider buses even have phones on board so you can arrange for a taxi to meet you at your bus stop and take you home. Visit the Public Transport Victoria website for timetables and route maps. 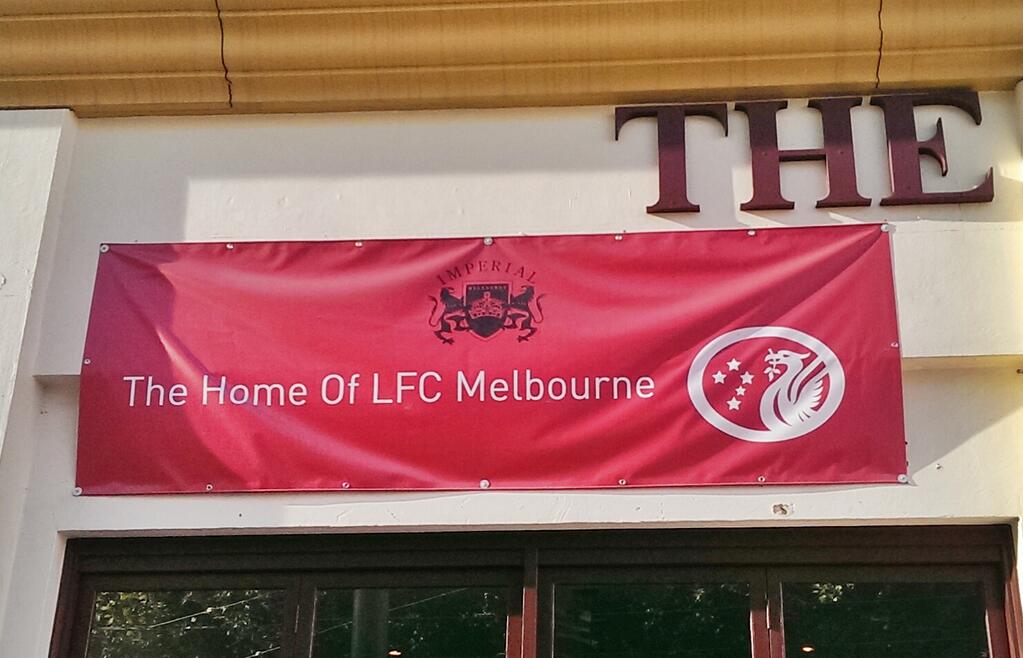 THE IMPERIAL HOTEL – A BRIEF HISTORY

The Imperial Hotel on Bourke Street is known as one of the best venues in Melbourne’s CBD to catch local and overseas sporting action – with football being its specialty.

The Imperial Hotel boasts an unconventional and colourful history as one of Melbourne’s landmark pub venues.

Originally known as Nobel’s Circus in 1852, the building housed equestrian shows, promenade concerts and lively dances until it became a permanent theatre site in 1856 and re-named ‘Salle de Valentino’.

It wasn’t until 1863 that the building became known as ‘Richardson’s Imperial Hotel’ and received only the third liquor license ever granted in Melbourne.

To this day, the Imperial remains a classic Melbourne pub where you can still walk through the original Australian red cedar doors that date back to 1858.

You can find out more about The Imperial Hotel on Bourke Street by visiting their website at: http://www.bourkestreetimperial.com

You can also receive the latest news from  The Imperial Hotel by following their account on Twitter: http://www.twitter.com/the_impy